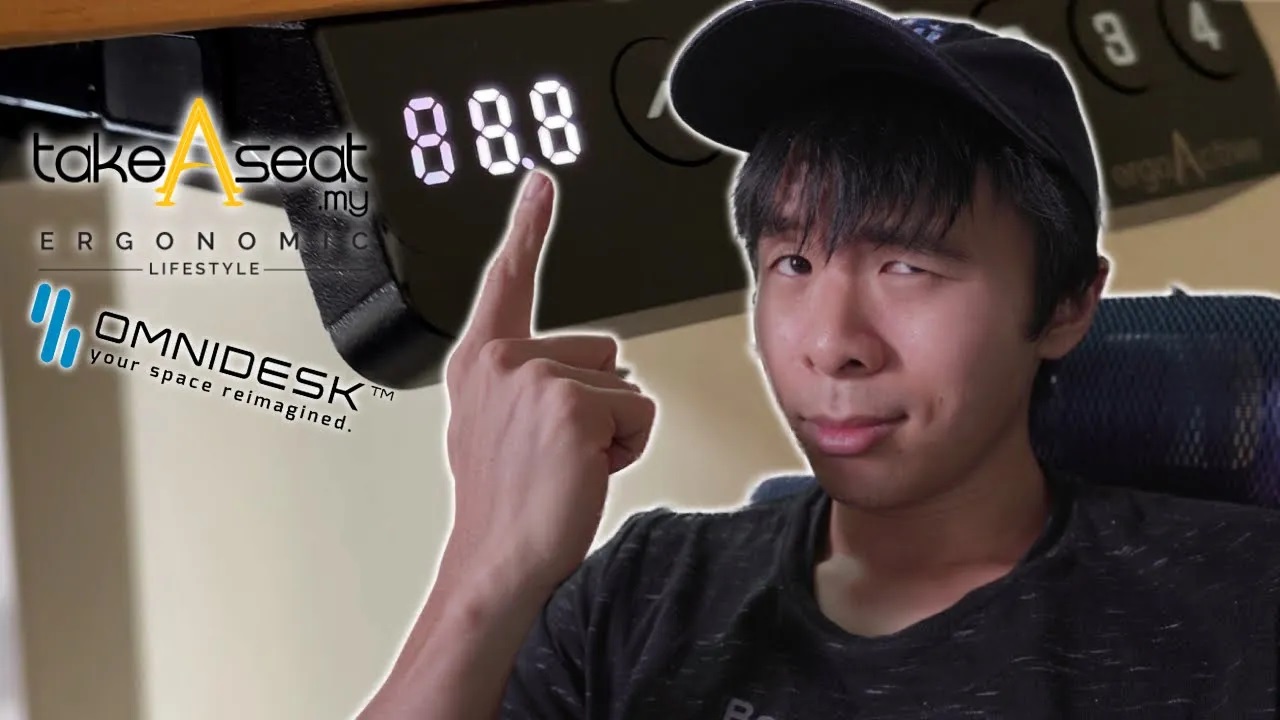 Malaysian Ergonomic Youtuber Victor Tan released a video recently covering our TakeAseat Orion Electric Standing Desk and comparing it to the Omnidesk Pro. After releasing a variety of videos covering ergonomic chairs such as the Herman Miller Aeron, Secretlab Titan, and even our TakeAseat Sail, he has released a video about electric standing desks.

Whilst our Orion electric desk is much more affordable, it does not compromise in terms of quality, being able to withstand up to 50kg. This would be more than adequate for a formidable gaming PC (about 15kg) as well as a large ultrawide monitor(about 6kg). In addition to that, Victor mentioned that it is a breeze to assemble, taking him only 30 minutes to get it working on his own. However, the Omnidesk Pro took him about ‘half a day’ to assemble, which was a bigger hassle.

An additional feature that both desks shared was the collision detection safety feature, which is particularly helpful for users with small children, and Victor said that both desks performed admirably in the regard.

The Orion electric desk currently costs less than half of the Omnidesk Pro, and Victor sought to cover what caused the large disparity in price. The main reason was the motor – our Orion electric desk, while also utilizing a solid metal frame, had a single motor mechanism which is rated for 50kg, whereas the Omnidesk Pro was rated for up to 130kg.

Victor then concluded by saying that an electric standing desk is a great tool, and an important part of remaining healthy while you work. While you would still need to take breaks and walk around once in a while, an electric standing desks allows you to stay productive while working, and the automatic raising and lowering mechanism saves you time and effort as well.

Check out Victor’s video above to hear what he feel about our ORION electric desk! Want to build an electric desk that can be customized to your requirements? Learn more about our flagships electric desks with over 100 unique tabletop designs for you to choose from!

Is There Such Thing As An Ergonomic Way Of Typing? YES!